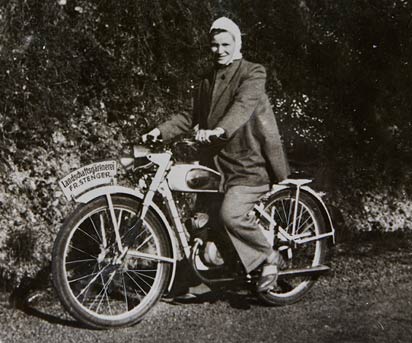 The green light has already been given to the third generation.

Since 1948, we have maintained our position in the garden and landscape services industry by providing a versatile and needs-based range of services.
In 1980, the company was taken over by Ulrich Franz Stenger, master gardener who had been appointed and sworn in as an expert in gardening, landscaping, and sports field construction by the local government.
1982 Founding of the expert office Stenger
1997 Establishment of the AGS office (working group for garden, landscape and sports field experts) and appointment of Mr. Ulrich Stenger as chairman of the AGS. Further information can be found at www.ag-sachverstaendige.de.
Since 1998, Heike Liebig has been the master gardener in charge of the area of new creations at the Botanical Garden.
2011, Sven Stenger completed his training as master gardener.
In 2014, Sven Stenger, master gardener and graduate business economist, was appointed managing director
In 2018, we celebrated our 70th anniversary. 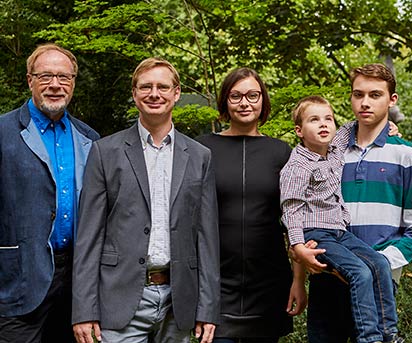 Ulrich Franz Stenger, Sven Stenger and his wife Visnja, as well as their two sons Lennox and Lukas, who are already showing an interest in working in and with nature.